At the moment we are only able to ship to the UK, please use our eBay store or contact us if you require shipping outside of the UK.
Skip to the end of the images gallery 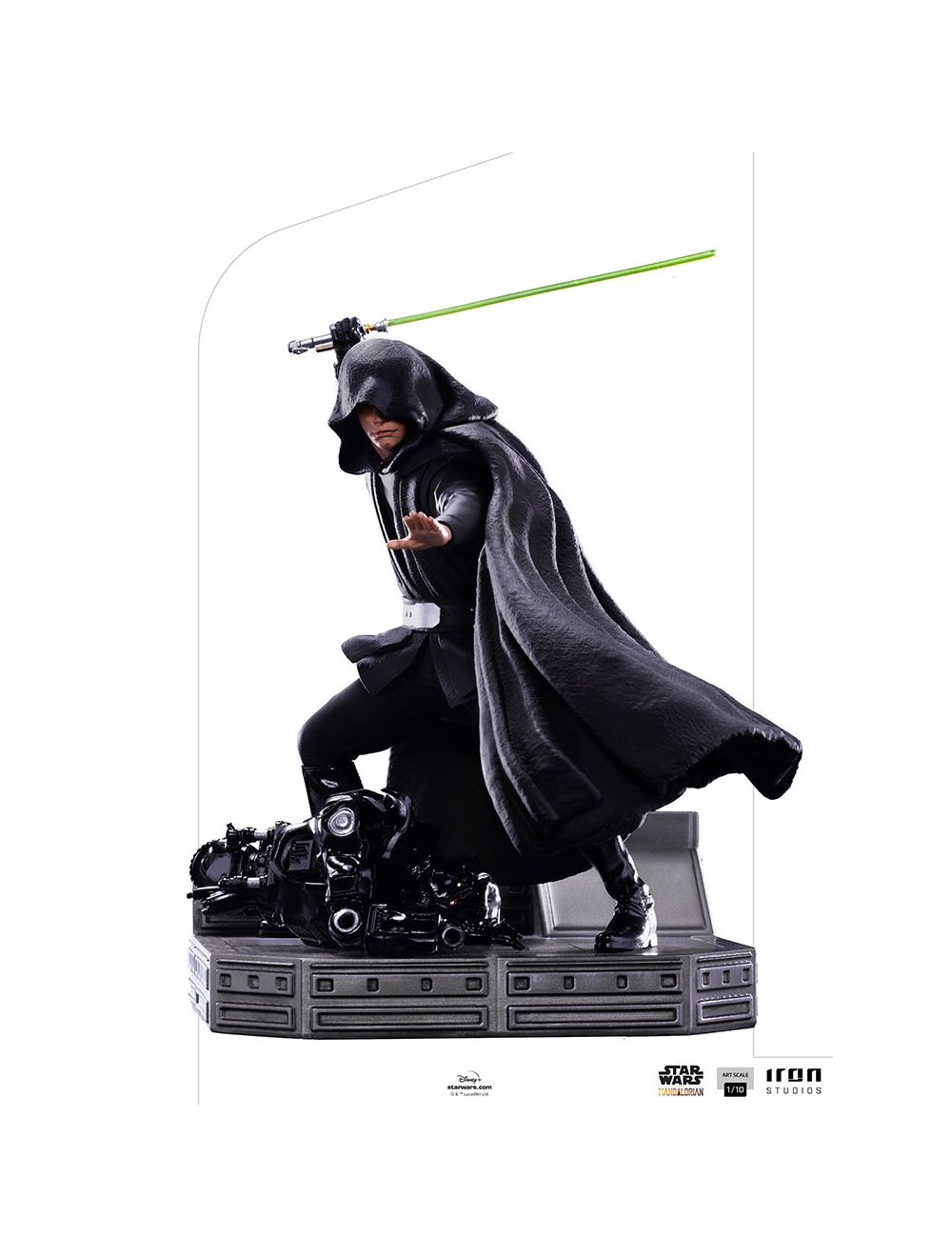 Skip to the beginning of the images gallery

ABOUT THIS 1:10 SCALE STATUE

Aboard Imperial Officer Moff Gideon's light cruiser spacecraft, the enigmatic figure of a Jedi Master, wearing a black hooded cloak, uses all his skill and connection to the power of Force with his left hand. In his right hand, with a glove, he masterfully wields a green lightsaber. At his feet lies the metallic remains of a deadly Dark Trooper droid, part of a security squad that tries in vain to stop the relentless warrior. Inspired by one of the most memorable scenes from the last episode of season 2 of the series The Mandalorian, Iron Studios presents the statue "Luke Skywalker BDS Combat Version - Art Scale 1:10 - The Mandalorian", featuring the greatest hero of the Star Wars saga in his unexpected appearance on the Disney+ streaming series.

When Grogu (Baby Yoda) was in a trance-like state in the so-called Seer Stone, in the ancient ruins of a temple on the planet Tython, the small child sent a signal apparently received by Luke Skywalker, who promptly came to his rescue at a decisive moment. Using his skills as a Jedi Master, Luke faced and defeated, an entire platoon of Dark Trooper droids in a shocking scene that thrilled fans around the world. In the end, Luke becomes the child's new protector, given to him by his previous guardian, Din Djarin (Mando).

This iconic combat scene is now immortalized by Iron Studios, in a piece that faithfully replicates the smallest details, such as tissue and metallic textures and the movement in the pose of the Jedi master. Check out the "Dark Trooper BDS Art Scale 1:10 - The Mandalorian" statue that can compose a diorama along with Luke, and the entire line of future Iron Studios releases derived from The Mandalorian series, featuring the most important protagonists in statues in Art Scale 1:10 and Legacy Replica 1:4.

WHAT'S IN THE BOX?

Limited edition
Based on original references
Made in polystone
Hand painted